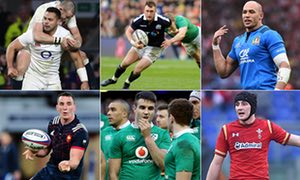 The 2017 Six Nations certainly started with a bang last weekend. Scotland and Ireland got the ball rolling with a thrilling contest that yielded six tries and a first opening-day Six Nations triumph in 11 years for the Scots. Defending champions England were given a tough test by a more-structured looking French team, who threatened to end Eddie Jones’ 100% record before Ben Teo’o’s try secured a narrow 16-13 win for Jones’ side. The weekend’s action culminated with Wales turning around a narrow half-time deficit against Conor O’Shea’s Italy to eventually run home comfortable if not convincing winners in Rome. So what have we learnt from week one?

For so long under coach Vern Cotter, Scotland have been on the wrong end of the scoreboard in tight test matches. Over the last few years in the championship they have threatened to upset the likes of England, Ireland and Wales but despite some encouraging performances never seemed able to grab that elusive win. With former Clermont coach Cotter at the helm, Scotland have gradually improved and progressed into a promising test team and having enjoyed a steady campaign last season with two wins from their five matches, the excitement and anticipation has been building amongst the Scottish fans that their side can do even better this time around. So what better way to start their tournament than with a morale-boosting victory over one of their home nations rivals, Ireland. In front of a packed-out Murrayfield crowd, Scotland raced into a commanding first-half lead with two tries from Stuart Hogg and one well-worked score from a line-out for centre Alex Dunbar, and although Ireland replied with a Keith Earls try and Paddy Jackson penalty, the home side still went in at the break with a 21-8 lead. With Ireland many people’s picks for the championship title this year, it was perhaps no surprise to see Joe Schmidt’s side come out firing in the second-half and having dominated possession and territory in the third quarter of the match, the Irish soon found themselves edging ahead with two converted tries from Iain Henderson and Jackson. By now it looked a similar story for the hosts but Greig Laidlaw rallied his side pushing them gradually further up the field in the final quarter of the match where they controlled proceedings well, patiently waiting for their opportunity to strike which duly came with two Laidlaw penalties securing their first victory over the Irish since 2013. There were a number of encouraging individual peformances from Scotland with the likes of Richie Gray, Ryan Wilson and Hamish Watson starring in the pack and Sean Maitland performing defensive heroics in the second-half as he almost certainly prevented the Irish from scoring two other tries with late interventions. In attack Stuart Hogg was tremendous scaring the life out of the Irish with his elusive running and leaving the field having scored two tries and made the most metres of any Scottish player. Looking ahead to this weekend’s fixtures, Scotland will travel to Paris with fresh belief and confidence knowing that victory against the French could set them up for an unlikely tilt at the title, whilst Ireland will look to get their campaign back on track as they go hunting a bonus-point victory against Italy.

After the Grand Slam success of 2016, the expectation amongst many was that Eddie Jones’ England side would begin the defence of their title with a comfortable victory over a France side who have flattered to deceive over the last few years. What many wouldn’t have expected was that England would sneak over the line against a more settled and structured French outfit. When England centre Ben Teo’o went over late in the match, there would have been an overwhelming sense of relief as well as the usual cheers amongst Red Rose supporters. A side shorn of the power brought by the likes of the Vunipola brothers, George Kruis and Chris Robshaw, England produced arguably the worst display of Eddie Jones’ reign as the men brought in to fill the void up front struggled to assert their influence against a beefy French pack. A first-half devoid of many try-scoring opportunities saw the two sides go in level at the break courtesy of three penalties each. Having gotten the nod ahead of Jack Nowell for a spot on the wing, Elliot Daly had already proved his worth with a long-range penalty, and early in the second-half he was again in the thick of the action as after being put through by fly-half George Ford he looked to have scored the first try of the game in the corner, only for the TMO to have ruled his foot was in touch as he dived in. Following that reprieve Guy Noves’ France hit back and having marched their way down-field into England’s 22, offloads from forwards Vahaamahina and Gourdon sent prop Slimani over the line to nudge the French back in front after Owen Farrell’s penalty had given the hosts an early lead in the second half. Staring down the barrel of a first defeat as England coach, Jones turned to his bench for inspiration and right on call replacement Ben Teo’o charged his way through off a pass from Owen Farrell to push the hosts back into a lead that they would not relinquish. Having struggled to get the dominance up-front from the likes of Courteney Lawes and Nathan Hughes, Jones will be looking for his pack to step up their intensity as the tournament wears on and with a trip to Cardiff to come this weekend he will be hoping that his side return to their usual levels at the Principality Stadium. This performance may offer hope to the other home nations that England will not be the force of last year with some of their key men out injured, however England are unlikely to play this poorly again and even with injuries still have much strength in depth to call upon. For France, Guy Noves will have been disappointed his team had forced themselves into a winning position only to fail to deliver, however with Scott Spedding and Virimi Vakatawa impressing in attack and a robust set of forwards punching holes in opposition defences in front of them, they will be quietly confident ahead of the Scotland game.

Replacements lead the way in Rome for Welsh win

Off the back of an underwhelming autumn series where performances weren’t quite up to scratch, Wales fans were hopeful heading to Rome that their side could turn on the style and deliver a performance as well as a victory. After a promising start in which Rob Howley’s side dominated possession and territory, it looked like being a long old day in the eternal city for the Azzurri. However after turning down repeated shots of goal in Italy’s half to go in search of the tries that may have secured a bonus point, Wales were made to pay for their predictable play in attack with the Italian defence holding firm for the duration of the first half. Towards the end of the half it got worse for the Welsh side as having been pushed off their own ball at a scrum deep in their half, Italy captain Sergio Parisse set up a rolling maul which consequently led to scrum-half Edoardo Gori scoring the first try of the match. Having dominated possession early on without making the crucial breakthrough, Wales eventually got themselves on the board through the boot of Leigh Halfpenny. However with Italy being spurred on by Parisse, it took a masterful turnover from Sam Warburton underneath his own posts to stop Italy going further ahead at the break. As it stood Wales went in 7-3 down at the interval having failed to turn pressure into points. That soon changed in the second half though with the Welsh bench coming to the fore. Having struggled to get clear dominance at scrum-time, Welsh props Nicky Smith and Samson Lee soon made way for replacements Rob Evans and Tomas Francis respectively. The replacement props soon tore into the Italian scrum with Italy’s Andrea Lovotti going to the sin bin following repeated infringements at the scrum in Italy’s 22. From the resulting scrums the ball made it’s way out to Sam Davies – on at fly-half to replace Dan Biggar – and his quick hands saw Scott Williams send Jonathan Davies in for Wales’ first try. The floodgates were now open for Howley’s side and they soon added another try whilst Italy were down to 14 men with Scott Williams delaying his pass expertly to allow namesake Liam an easy finish out wide. With Leigh Halfpenny having kicked a few penalties as well as converting the two tries, by the time Italy got back to 15 men the game was up. For Wales however, a bonus point win was still on the cards and when Sam Davies showed nerves of steel to slip out of a tackle deep in his own half before putting George North into clear space for the winger to run in a 3rd try, Wales scented blood. A late flurry saw Liam Williams steal the ball close to the Italian try-line butthe ball slipped out of his grasp just as he thought he had got the crucial 4th try. It wasn’t to be for Wales, although given where they were at half-time a 33-7 win would do. Howley will have been impressed by the impact his replacements had with the two props and Sam Davies excelling in particular, whilst there were also signs of a fruitful midfield partnership developing between Scott Williams and Jonathan Davies especially with Sam Davies running  the ball closer to the line in the second-half. With England to come however, Howley will know his side must be much more ruthless when it comes to turning pressure into points. For Italy, new coach Conor O’Shea will have been impressed with the defence in the first-half as well as the power shown by the forwards in attack. However, with a lack of  discipline once again costing Italy, both O’Shea and Parrise will know they need to eradicate that and get more out of their backs if they are to stand any chance of gaining a victory this year.